I have been experimenting with these inexpensive modules:

I had used a previous version that was made quite a bit smaller by jamming the parts on both sides of a 4 layer PWB: 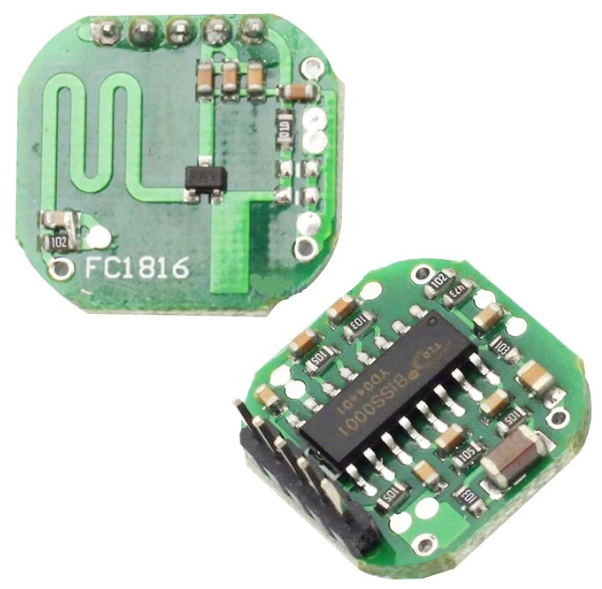 Unfortunately, that smaller version is no longer available.

They work apparently the same with an almost identical schematic but the chip itself and connector pin-out are different. The smaller board uses a BISS0001 while the new larger board uses an RCWL-9196. Datasheet for the BISS0001 is available here.

Both boards operate around 3GHz: 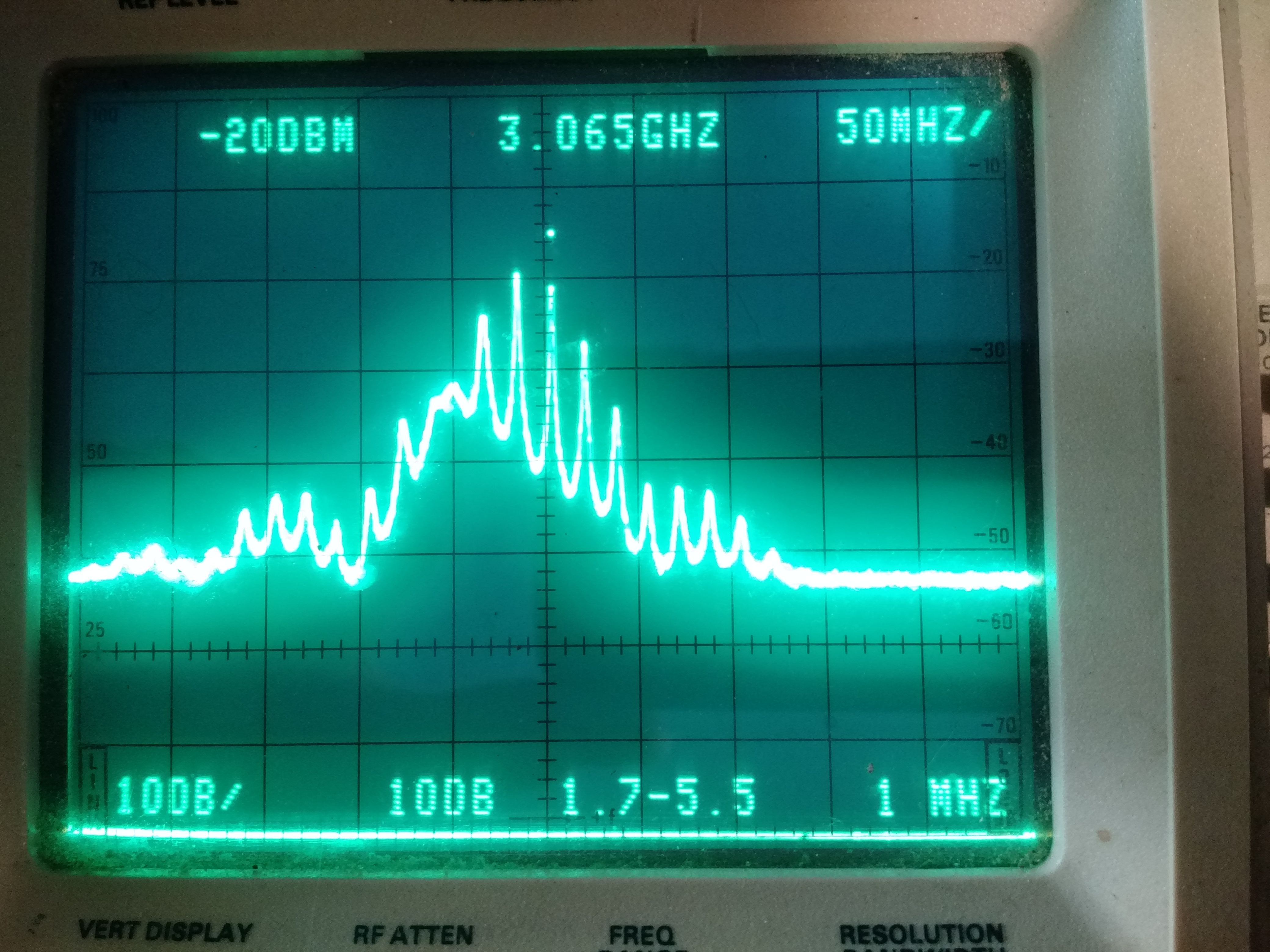 but I was puzzled by the ragged signal. It looks like there is strong modulation around 15 MHz.

I looked at the emitter voltage and: 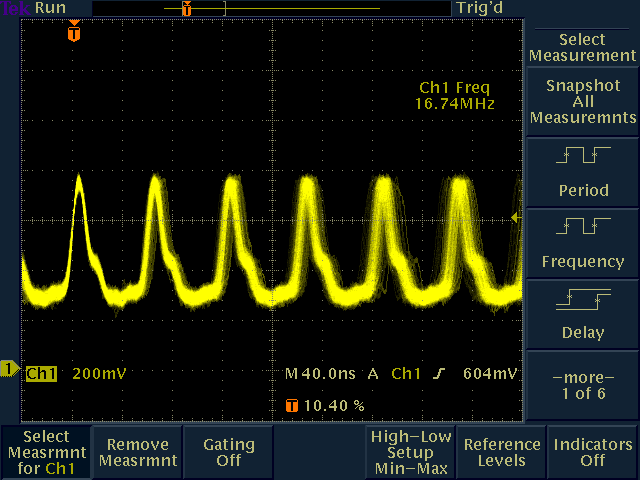 It looks like a super-regenerative receiver. That would explain the excellent sensitivity. These modules can trigger from a person walking 30 feet away or more.

Here is the schematic of the earlier model (the round PWB):

I also noted that the base and emitter of the transistor have been swapped between the two boards. Looking around, all the microwave transistors I could find a number of microwave NPN transistors in SOT-323 package that have the "base on the left" configuration, which matches the currently available (larger) board. The smaller board uses a part marked FCB which maps to an FC1405 available from AliExpress. They do have the emitter on the left so that lines up.

The BISS0001 chip is composed of a two stage AC amplifier, a few comparators and a logic section that is not detailled on the datasheet but it is not excessively complicated.

The AC amplifier amplifies the variation of the transistor's emitter voltage due to variations in the reflections of the radiated signal.

The AC amplifier has high gain (about 100 per stage) and limited bandwidth adequate to detect people walking. So a 100 microvolts modulation on the transistor's emitter cause a full 1V variation on pin 12 (within the bandwidth of the amplifier, which is very narrow from about 10Hz to a few kHz.

When the AC signal exceeds a certain threshold (defined internally to the BISS0001), a trigger is started which drives the output. The duration of the trigger is defined by an external RC network (R1/C1 on my schematic).

The R2/C2 network's purpose is not explained but I believe it has to do with the stabilization time after power up. The very high gain and low bandwidth of the AC amplifier means that it takes a little while to stabilize.

In my application, I wanted to be able to more finely adjust the trigger parameters so I use the output of the AC amplifier (pin 12 on the BISS0001) and feed it directly to a microcontroller's ADC input.

So I can define the threshold in software and also define a minimum duration that the signasl has to exceed the threshold before triggering. This helps reducing false alarms like a small animal moving close to the sensor.

Here are a couple of waveforms taken on pin 12. First, at rest: 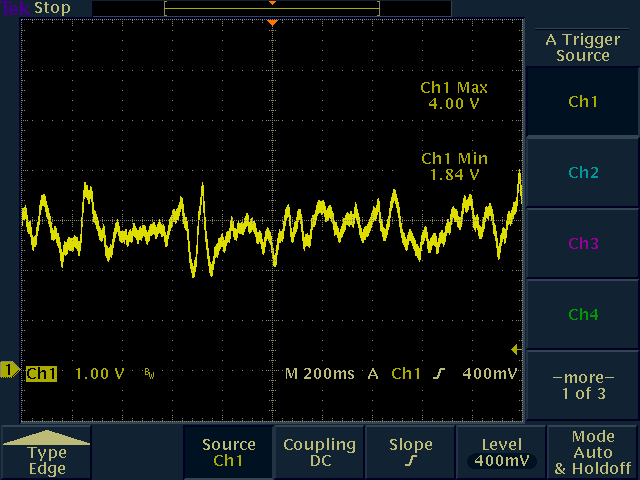 Then while moving my hand a couple of feet away: 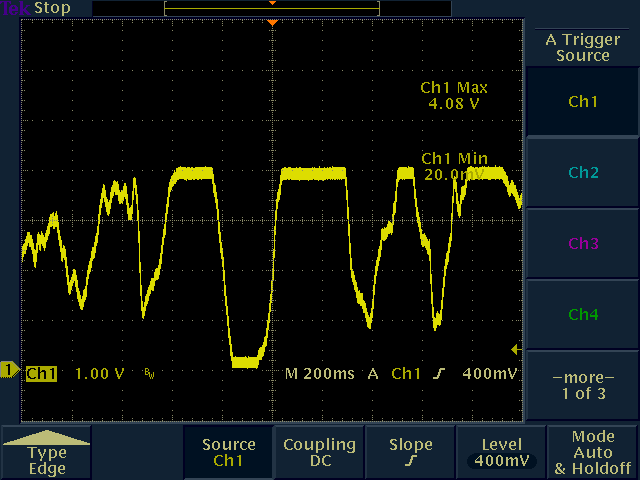 The first observation is that the average idle voltage is almost 3 volts, which is not the middle of the range when the module receives a strong signal (about 0 to 4V). It would be better if the idle voltage was centered in the middle of the op-amp output voltage range to allow the greatest adjustment range of the trigger points.

Unfortunately, this is not adjustable on the modules as received.

Since I do not use the logic section of the BISS0001/RCWL-9196, and since these modules don't seem to be available in a given form factor for any definite period of time, I am leaning towards designing my own, using the same oscillator circuit but implementing my own AC amplifier with a simple dual op-amp. In the process, I will rescale the bias point to make it run from 3.3V since that is what my microcontroller runs from.

This page is a follow up showing my own design.