Here are some statistics on my web site.

From October 2007 until September 2014, I had an "unlimited" package from 1and1. Detailled statistics below can be summarized as follows: over 2TB/month transfer, a million page views and 50,000 visitors/month. over 65GB of storage just for manuals (120GB in total). Quite a bit of growth...

Here is a snapshot of the traffic at www.ko4bb.com since January 2007: 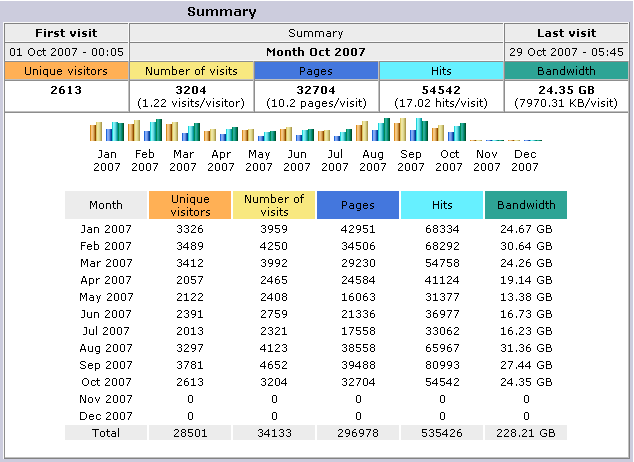 And here is the traffic as of September 2014: 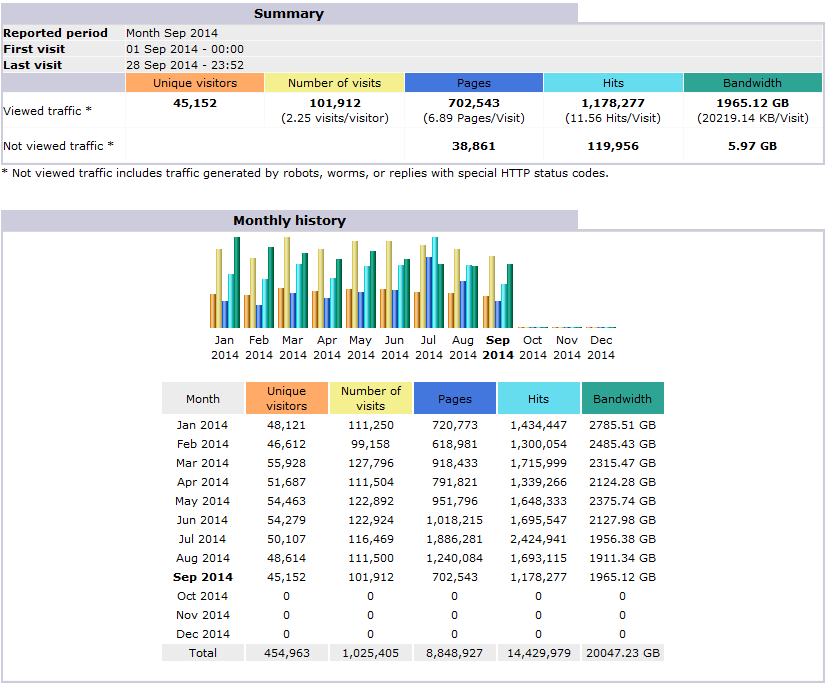 Overall, the Manuals are by far the main attraction, with about 90% of the visits (evenly split between Test Equipment and Ham Radio). The Tower page is a distant second.

Since October 2014, I have been hosted on a Virtual Private Server with MyHosting.com. Here is a snapshot of the traffic for 2016: 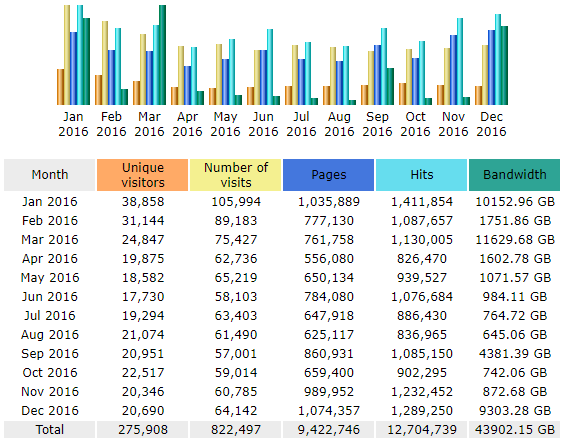 Around 2018, I implemented a simple mechanism to limit the amount of bulk download I was experiencing, mostly coming from China. Immediately following that change, the volume dropped significantly but the number of visitors changed little. I was on the right track. 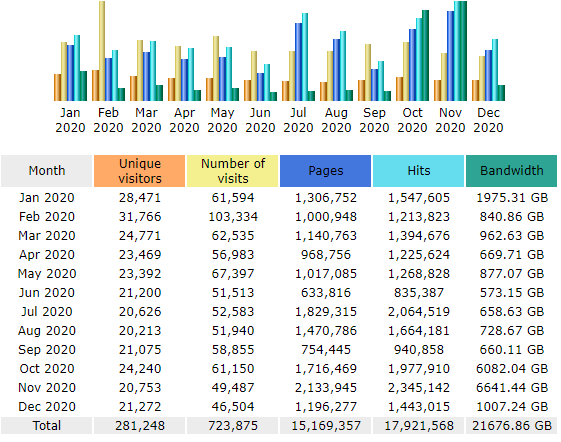