I bought this display on Amazon. 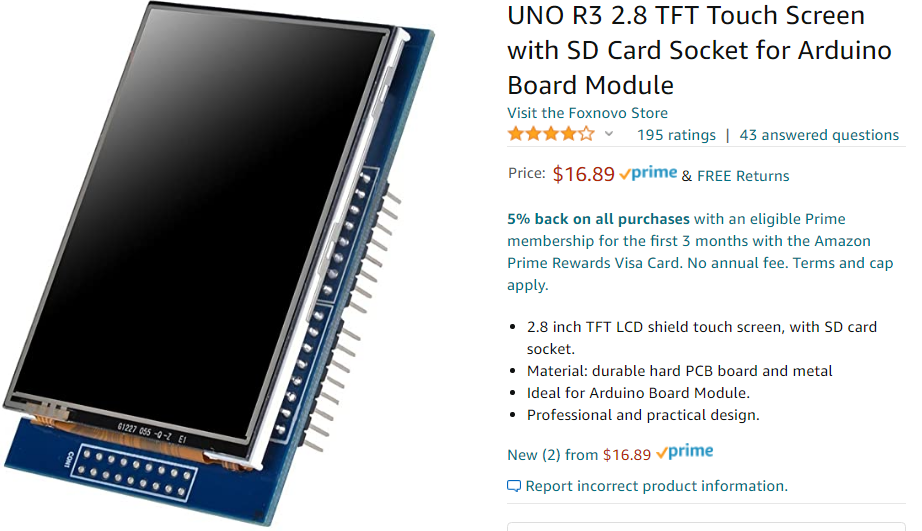 Ther seller provided a link to a project that did not work off the bat, which is not at all unusual in the Arduino world:

Found one problem in the library and fixed it (the function that was supposed to return the driver chip's ID did not work, it is apparently a problem with the board itself.) I tried the various IDs referenced in the library and found one that worked, 0x9341.

Then the keypad did not work, I checked the LCD with an ohmmeter between an analog pin and a digital pin until I read about 360 Ohms. That was XP and XN, the rest was easy.

I got two displays from the same vendor a few days apart. I fully expected them to be the same, or at least work the same. I would not have made that assumption if they had been bought a month apart but it was not the case. Well,  I was wrong... They look the same but the touchpad part numbers are different, HSD028266 for the one that works with my sample code, and HSD-8985J for the second one which returns completely different coordinates for the same points on the screen...Here is how I modified the retrieveTouch() routine for the two touch panels: