The Thunderbolt Monitor version 4 has an issue when using the WiFi module where some units (most but apparently not all) end up garbling the LCD display and disconnect the WiFi module after a time that varies between hours and days.

The issue stems from the way the data packets between the connected computer (at the other end of the WiFi link) and the Thunderbolt are routed.

The packets are routed through the microcontroller in order for the kit to be able to send its own messages to the Thunderbolt without destroying packets coming from the remote computer. It seems that the WiFi traffic interfers with the microcontroller communication with the LCD and I have not been able to troubleshoot this problem to a solution. Of course, the fact that it occurs typically after hours of operation and I have not been able to reproduce the conditions for the problem to disclose itself made that troubleshooting particularly difficult.

The fix actually goes completely around the problem by connecting the WiFi module directly to the Thunderbolt. The microcontroller loses the ability to send its own commands but that capability was very rarely used. The only command that was supported was self survey, and if you are connected via Lady Heather, it is easy to send a self survey command from it.

To implement the fix, you need to install two wires and cut two traces per the schematic and pictures below: 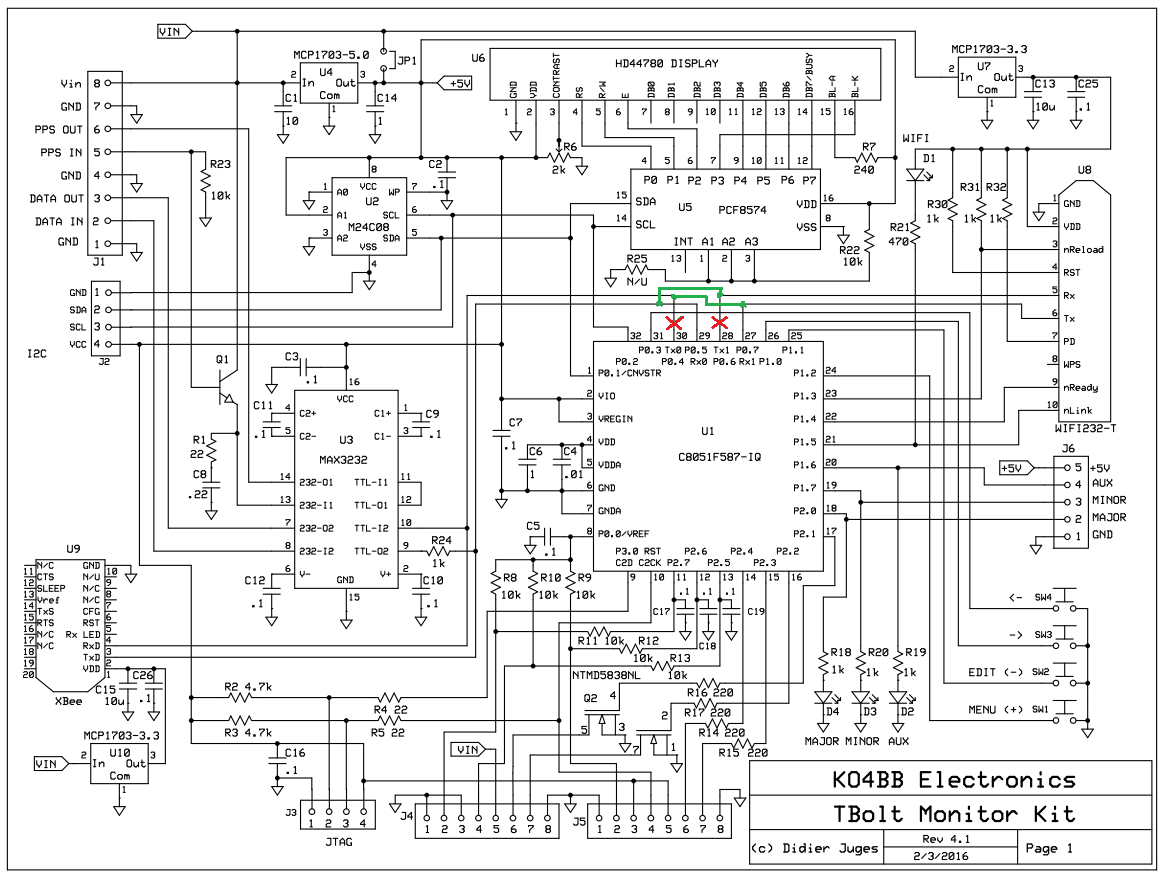 This is where the wires go: 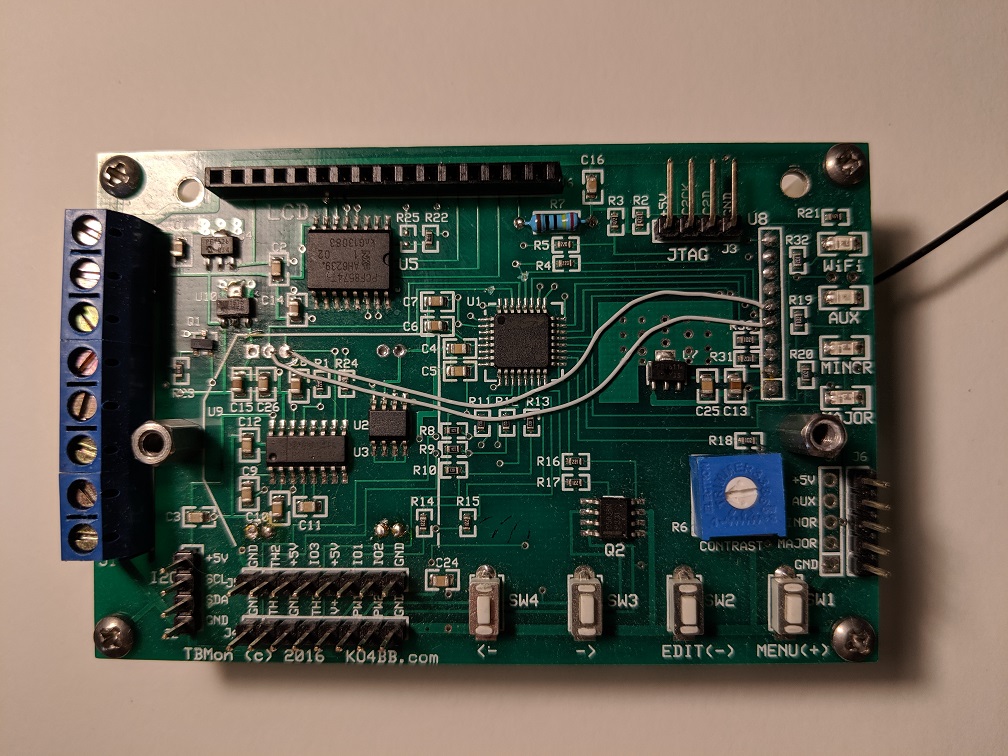 Here is a closeup view of the two cuts: 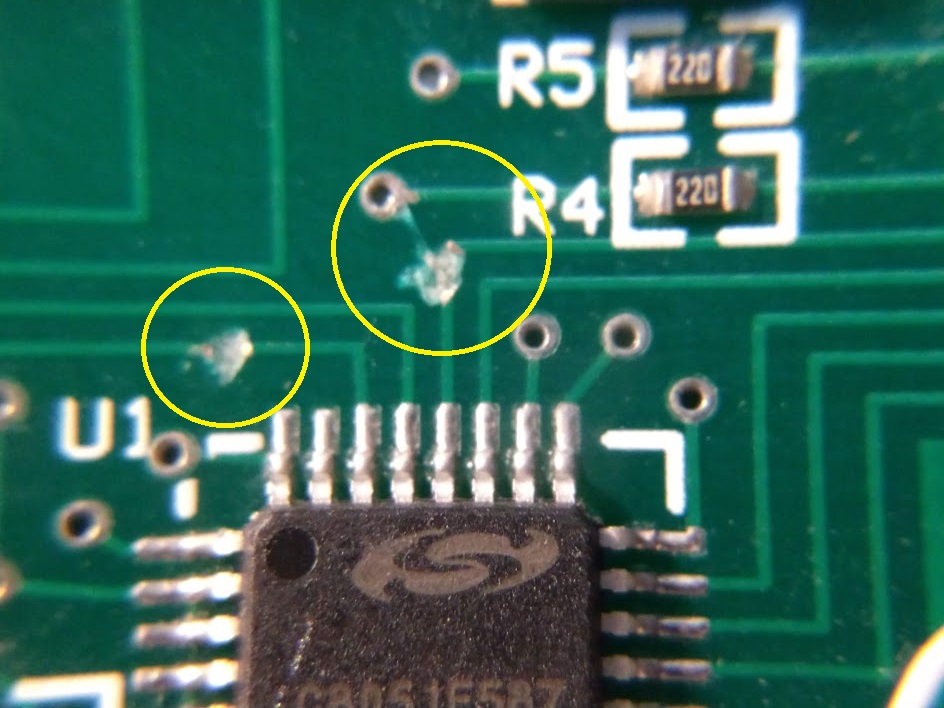 The cuts are not too difficult to make if you have a steady hand and the right tools. I used an X-Acto knife but a Dremmel tool might be easier. The PWB is only two layers so you do not have to worry about cutting too deep and damaging an internal layer. Make sure you do not cut neighboring traces. It is much easier to cut them than to repair them...

The WiFi option should be disabled in the menu, there is no firmware update required.

If you would rather not make the mod yourself, I'll be glad to rework your kit if you bought the WiFi option originally or if you buy it now. You pay shipping to me, I'll pay shipping back to you. It does not matter when you bought the kit as long as it is the one shown above (version 2016).

If you send the kit back to me for the WiFi fix and your kit does not have the GPS week rollover fix, I will update the software as well.